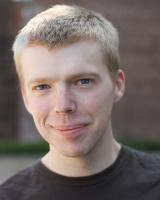 Andrew Norman is a composer of chamber and orchestral music. A native Midwesterner raised in central California, Andrew studied the piano and viola before attending the University of Southern California and Yale. His teachers and mentors include Martha Ashleigh, Donald Crockett, Stephen Hartke, Stewart Gordon, Aaron Kernis, Ingram Marshall, and Martin Bresnick.

A lifelong enthusiast for all things architectural, Andrew writes music that is often inspired by forms he encounters in the visual world. His music draws on an eclectic mix of sounds and usually features some combination of bright colors, propulsive energy, a healthy dose of lyricism, and the fragmentation of musical ideas.

Andrew is a committed educator who enjoys helping people of all ages explore music. He has written several pieces to be performed by and for the young, and has held educational residencies with orchestras and festivals across the country, including a two-year relationship with the schools in Colorado’s Roaring Fork Valley. Andrew taught piano and composition at the Pasadena Conservatory and has given master classes at the Hoff-Barthelson Music School and the Des Moines Symphony Academy.

Andrew is increasingly active as an orchestral composer. His symphonic works, often noted for their clarity, vigor, and wit, have been commissioned and premiered by the Minnesota Orchestra, the Tonhalle Orchester Zurich, the Oakland East Bay Symphony, the Grand Rapids Symphony, and the New York Youth Symphony.

Andrew’s chamber music has been featured at numerous venues in recent seasons, including the Wordless Music Series at Le Poisson Rouge, the MATA Festival, the Tanglewood Festival of Contemporary Music, the Los Angeles Philharmonic’s Green Umbrella Series, the Juilliard School Focus Festival, and the Aspen Music Festival. In May of 2010, the Berlin Philharmonic’s Scharoun Ensemble presented a portrait concert of Andrew’s music entitled “Melting Architecture.”

Andrew spent the 2006-2007 academic year as a fellow at the American Academy in Rome, where, when not eating gelato, he explored newfound interests in Cosmati pavement designs, Palladian villas, and the Norman kings of Sicily. In the fall of 2010 he returned from an equally rich year at the American Academy in Berlin, where, when not downing currywurst and bionade, he scratched the surface of Berlin's vibrant street art scene and heard lots of amazing music.

Upcoming projects for Andrew include commissions from the Los Angeles Philharmonic, the Aspen Music Festival, and the Des Moines Symphony. He was recently named “Komponist für Heidelberg” for the 2010-2011 season, and is thrilled to be writing a Theremin concerto for Carolina Eyck and the Heidelberg Philharmonic to be premiered next April.

Andrew recently finished a two-year term as Composer-in-Residence for Young Concert Artists and his works are published by Schott Music.

In three movements, Play explores the relationship of choice and chance, free will and control. It investigates the ways musicians in an orchestra can play with, against, or apart from one another; and maps concepts from the world of video gaming onto traditional symphonic structures to tell a fractured narrative of power, manipulation, deceit and, ultimately, cooperation.

The adventurous orchestral work Play by 37-year-old American composer Andrew Norman has earned the 2017 Grawemeyer Award for Music Composition, according to the University of Louisville, which distributes the $100,000 prize each year.

Norman is the second youngest recipient of the internationally recognized prize after British composer Thomas Ades, who won in 2000 and was born in 1971.

A rambunctious 45-minute orchestral piece called Play, by American composer Andrew Norman, has been named the winner of the 2017 Grawemeyer Award for Music Composition. The prize, which includes $100,000, was announced this evening by the University of Louisville, which sponsors the award. Former winners include Pierre Boulez, John Adams, Kaija Saariaho and Thomas Adès.

Imagine the orchestra as this sort of complicated 19th-century futurist machine, all moving parts and cogs and gears, and little people. I find that sort of fascinating. But every now and then, I just want to throw a wrench in and see what will happen.

Andrew Norman is ready to show you — at least through sound — just what happens when he tosses a wrench or two onto the concert stage.

What is the worst thing that would happen if you publicly admitted to being in throbbing love with the oeuvre of Phil Collins or the decidedly non-artisanal bite of Evan Williams bourbon? The pasty guy at the record store counter may mutter, “Typical…”, but it would be freeing, right? Andrew Norman’s Play is no such “guilty” pleasure, but the score reads as though written by a composer unrestrained by any hint of self-consciousness. It is also one that is acutely aware that audiences trek in and shell out bills to see a show not to hear music, but to watch it performed.

For Andrew Norman, the acts of playing music and composing music have always been intimately linked - at least since he was 6, which is when a piano arrived in his family's house, their first musical instrument.

"I was always making up things," said Norman by phone during a recent call from London, where he was having a piece performed. "No one in my family was musical, so I was able to fool my parents into thinking I was practicing."

Andrew Norman '09AD has been named the new Composer-in-Residence for the Boston Modern Orchestra Project (BMOP).

BMOP is dedicated to commissioning, performing, and recording new orchestral music. It was one of five orchestras nationwide selected for an extended Music Alive residency, a program of Meet the Composer and the American Symphony Orchestra League. Andrew Norman will be the 2011–2013 Music Alive Composer-in-Residence.

In making the announcement, BMOP cited Norman's "wit, clarity and vigor, as evident in his music."