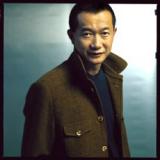 To create the haunting original score for director Ang Lee's acclaimed romantic martial-arts adventure Crouching Tiger, Hidden Dragon, composer Tan Dun called upon the vivid palette of musical sounds and textures, and rich imagination that have made him one of the most distinctive concert and operatic composers of his day. Ang Lee (Sense & Sensibility, The Ice Storm) and Tan Dun worked closely - a rare, in-depth collaboration between film director and composer - to create a score for the film that would capture its traditional 19th-century Chinese setting and heighten its impact for audiences around the world. Ang Lee has said that he conceived the film's elaborate martial-arts sequences in the manner of a film musical, making Tan Dun's score an even more vital element in the film. With cellist Yo-Yo Ma as soloist, the music has the sweep of a romantic film score while reflecting the action and atmosphere of the film through the mesmerizing, often delicate sounds of traditional Chinese music.

Crouching Tiger, Hidden Dragon is not Tan Dun's first film score - he also wrote music for the 1998 American thriller Fallen, starring Denzel Washington - but his involvement in this film makes it an important addition to a catalogue of works that has brought him worldwide acclaim.

Composer, conductor and winner of the prestigious Grawemeyer Award for music composition, Tan Dun began his career in his native China in the Peking Opera after planting rice for two years during the Cultural Revolution. A graduate of Beijing's Central Conservatory and Columbia University in New York, his music reaches large audiences throughout the world in performances by leading orchestras and ensembles. Tan Dun, an exclusive Sony Classical recording artist, has created world-premiere recordings of his opera Marco Polo (S2K 62912) and Symphony 1997 (Heaven Earth Mankind), a large choral-orchestral work written to commemorate the occasion of the return of Hong Kong to China (SK 63368).

Sony Classical's original soundtrack recording of Crouching Tiger, Hidden Dragon, features Tan Dun's original score with performances by Yo-Yo Ma, who was also soloist on Symphony 1997 (Heaven Earth Mankind). For logistical reasons, Ma's solos were recorded in New York in sessions supervised by Tan Dun and guided by Ang Lee. They were later integrated with the full orchestral score, recorded in Shanghai with Tan Dun conducting an orchestra supplemented with traditional Chinese instruments and the richly varied percussion section that is a frequent feature in the composer's music.

Worldwide audiences became familiar with Tan Dun's music during the BBC's live, 27-hour coverage of the arrival of the millennium around the world, for which he created original music that appears on A World Symphony for the Millennium (SK 61529), released by Sony Classical in November of 1999. Tan Dun composed a signature theme for the coverage and an elaborate suite that was heard throughout the live telecast around the world as viewers welcomed in the Millennium.

An earlier 1999 Sony Classical release by Tan Dun, Bitter Love (SK 61658), is a collection of arias adapted for soprano Ying Huang from his opera Peony Pavilion. Tan Dun created this new work from the melodic material of the opera, which is influenced both by Chinese opera and twentieth-century rock and pop music. The love songs performed by Huang feature a combination of traditional Chinese instruments and modern percussion and synthesizers.

Tan Dun himself conducted the Sony Classical recording of Symphony 1997 (Heaven Earth Mankind), made in the spring of 1997, featuring cellist Yo-Yo Ma and -- for the first time on any recording -- the ancient Bianzhong Bells. The symphony was then performed live at the reunification ceremony in Hong Kong on July 1, 1997. In the fall of 1997, Marco Polo had its American debut at New York City Opera. This highly original operatic treatment of the spiritual journey of the adventurer Marco Polo was commissioned by the Edinburgh Festival and premiered in 1996 at the Munich Biennale, with subsequent performances at the Holland and Hong Kong Festivals. The German magazine Oper named Tan Dun composer of the year for Marco Polo.

"Tan Dun's music is a vital expression of independence from the weight of Chinese history, and of self-assurance amid contemporary turmoil," said the late Japanese composer Toru Takemitsu. "The vibrant presence of both East and West within him has created a unique sound world, always personal, always authentic. Every part of Tan Dun's music is violent as a burst of human blood, yet full of grace, a voice of the soul. I believe he is one of the most outstanding composers today."

Avant-garde American composer John Cage stated, "It is clear in the music of Tan Dun that sounds are central to the nature in which we live but to which we have too long not listened. His music is one we need as the East and West come together as our one home."

Tan Dun's engagements have included the U.S. premiere of Death and Fire with the Metropolitan Opera Orchestra and James Levine conducting at Carnegie Hall; the world premiere of the opera Peony Pavilion, directed by Peter Sellars at the Vienna Festival, the Barbican Centre in London, MC 93 Bobigny in Paris, the Rome Festival, and the University of California at Berkeley; and the U.K. premiere of his Symphony 1997 at the BBC Proms with Yo-Yo Ma, again conducted by Tan Dun.

Among many international awards he has received, Tan Dun was named one of the Musicians of the Year (1997) by The New York Times and was selected by Toru Takemitsu for the 1996 City of Toronto Glenn Gould Prize in Music and Communication. In 1995, he was selected by Hans Werner Henze to be one of the artistic jurors for the Munich International Music Theatre Award. Tan Dun is currently the artistic director of the Tanglewood Contemporary Festival and the artistic director of the 2000 Festival for the Barbican Centre London.

Toru Takemitsu, nearly a decade after his death at 65, remains Japan’s best-known composer. His many concert pieces and more than 90 film scores echo Debussy, Messiaen, and Webern, as well as traditional Japanese music. But the largely self-taught Takemitsu maintained that his ultimate masters were Duke Ellington and nature.

Next Friday at Jordan Hall, the Boston Modern Orchestra Project will celebrate the 75th birthday of one of the most individual and iconoclastic composers of the 20th century. Not that Toru Takemitsu (1930-1996) is a household name, even in classical-music circles. And it’s hardly simple-minded to ask who exactly he was, since Takemitsu has been assimilated into Western tradition more fully than any other Asian composer.