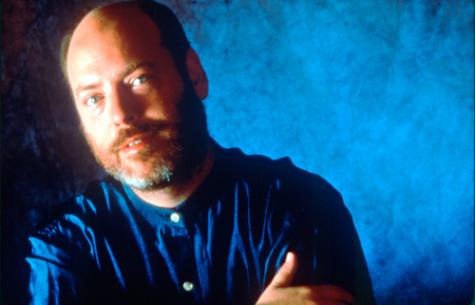 Sanford Sylvan, baritone, displays a remarkable range of vocal expression and communicative power. On the concert stage and in recordings, his radiantly pure, lyric tone, clarity of diction, and profound understanding of both words and music speak directly and intimately to his audience. Deeply committed to the art of the vocal recital, Mr. Sylvan and his long-time collaborator, pianist David Breitman, have performed extensively throughout the United States and Europe, in major venues in London, New York, Washington, Boston, Philadelphia, and San Francisco. Their recitals and recordings have earned exceptional praise from critics and audiences, including three Grammy Award nominations for Best Classical Vocal Performance.

In the realm of opera, Mr. Sylvan is an acclaimed Mozartean. His portrayals of Figaro in Le Nozze di Figaro and Don Alfonso in Così fan tutte have been seen internationally, including on PBS's "Great Performances." He has been much acclaimed for the role of Leporello in Don Giovanni, which he sang for his Glyndebourne Festival debut and with the New York City Opera, where he has since become a regular performer in such operas as The Magic Flute, Ariodante, The Rape of Lucretia, and most recently, Handel's Semele. Sanford Sylvan is closely associated with the productions of renowned directors: Peter Sellars in works of John Adams, Mozart, and Stravinsky; Robert Wilson in Virgil Thomson's Four Saints in Three Acts as well as Sir Peter Hall and Andrei Serban. He has developed longstanding relationships with major composers who have written for him: John Adams's Nixon In China (Chou En-Lai), the title role of The Death of Klinghoffer and the song cycle, The Wound Dresser; and numerous works of John Harbison. He was in the US premiere of The Lighthouse by Peter Maxwell Davies, the world premiere of Philip Glass's The Juniper Tree, and sang Sir Michael Tippett's The Ice Break at the BBC Proms, recorded for Virgin Classics. In the summer of 2005, he made an acclaimed Glimmerglass Opera debut as Don Alfonso in Mozart’s Così fan tutte.

Sanford Sylvan's recordings are known throughout the world and appear on the Nonesuch, Decca, Harmonia Mundi, Musicmasters, Bridge, Koch, Virgin Classics, New World, BMOP/sound, and CRI labels. A Grammy and Emmy Award winner for his role in John Adams's Nixon in China, he has received Grammy nominations for his recording with David Breitman, L’Horizon Chimerique which features chansons of Gabriel Faure; Beloved That Pilgrimage, a program of American songs with music by Barber, Copland, and Chanler; for John Adams's The Wound Dresser; and in 2009 for Charles Fussell's Wilde with Gil Rose and the Boston Modern Orchestra Project. A recording of Bach with the Sarasa Ensemble was released in 2006. He can be seen in numerous productions on DVD including John Adams's Nixon in China and Klinghoffer and Peter Sellars's productions of Così fan tutte and Nozze di Figaro.

Mr. Sylvan is currently on the vocal faculty of McGill University in Montreal.

The Jordan Hall stage was crammed full of seventy players for the season’s final concert by the Boston Modern Orchestra Project (BMOP) on May 28. Under its artistic director Gil Rose, we heard music by five composers, the earliest dating from 1989. For two works the distinguished baritone Sanford Sylvan (b. 1953) was the soloist.

After giving each orchestra section a spotlight concert this season, the Boston Modern Orchestra Project and artistic director Gil Rose brought a full symphonic complement to Jordan Hall on Friday, with a program to match: five canvases of splashy instrumentation. The complement was in fine form indeed, zealous and bold. New-music advocacy doesn’t get more luxurious.

On Friday, May 28, in Jordan Hall, the Boston Modern Orchestra Project, a.k.a. BMOP, presented its last concert of the season -— five works composed in the past 25 years, two of which featured the great baritone Sanford Sylvan. BMOP’s past season had featured concerts showcasing groups within the orchestra (strings in “Strings Attached,” percussion and keyboards in the “Big Bang” concert, winds in “Band in Boston”). For this concert, deploying the full orchestra, BMOP presented works by four living composers, all in attendance, and Orchestra Piece by Leon Kirchner, who died last fall.

The Boston Modern Orchestra Project (BMOP), the nation's leading orchestra dedicated exclusively to performing, commissioning, and recording new music, will present its final concert of the 2009-10 season, Full Score, at New England Conservatory's Jordan Hall (30 Gainsborough Street), on Friday, May 28 at 8:00pm. After three instrument-centric performances ("Big Bang" for percussion, "Band in Boston" for winds, and "Strings Attached" for strings), the BMOP season will culminate with a full orchestral program uniting over 70 musicians and guest baritone Sanford Sylvan.

New England composer Charles Fussell has specialized largely in symphonic and chamber music that features voices, and he writes for the voice comfortably and idiomatically. He has an authentic gift for text setting, and his vocal lines are unabashedly lyrical and expressive. Idiomatically, Fussell’s music is eclectic, incorporating folk song as easily as serial techniques. His Wilde, symphony for baritone and orchestra, was conceived as a sketch for an opera about the British author, with a text by Will Graham.

Appearing in the outer movements, Slyvan’s charisma enables Fussell’s Wilde to soar. The work sets selections from Wilde’s letters to Lord Alfred Douglas that reflect on the joys of fatherhood and his despondency after his trial and incarceration. Fussell folds in an artful Victorianesque tune, its temperament bending to suit the mood. The curtain raiser, High Bridge Prelude (alternately called High Bridge, Portrait of Hart Crane) is taken from a larger work commemorating Hart Crane.

Though the Grammy Awards have never held quite the same cachet in classical music as they do in pop, they still carry a good deal of weight, especially for listeners seeking to navigate a bewildering array of new compositional voices and a thicket of recordings of standard repertoire. And this year’s nominations in classical categories, announced last week, include three with especially strong local connections.

BMOP/sound, the country's premier record label devoted exclusively to new music recordings, was honored by The Recording Academy as nominations for the 51st Annual GRAMMY Awards were announced December 4, 2008. Recognized in the category of "Best Classical Vocal Performance" is the extraordinary performance of Sanford Sylvan (baritone) featured on the label's CD release of Charles Fussell: Wilde.

Nice. Charles Fussell has established his career in New England. He studied at Eastman with Thomas Canning and Bernard Rogers but has also worked with Boris Blacher and Virgil Thomson. His musical orientation is largely tonal (although structural elements of serialism hover at the edges), with no fear of dissonance.