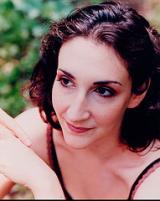 Marilyn Nonken is one of the most celebrated champions of the modern repertoire of her generation, known for performances that explore transcendent virtuosity and extremes of musical expression. Upon her 1993 New York debut, she was heralded as "a determined protector of important music" (The New York Times). Recognized as "one of the greatest interpreters of new music" (American Record Guide), she has been named "Best of the Year" by some of the nation's leading critics.

Marilyn Nonken's performances have been presented at such venues as Carnegie Hall, Lincoln Center, Miller Theatre, the Guggenheim Museum, IRCAM, the Theâtre Bouffe du Nord, the ABC (Australia), Le Poisson Rouge, Cleveland Museum of Art, the Phillips Collection, and the Menil Collection, as well as conservatories and universities around the world. Composers who have written for her include Tristan Murail, Pascal Dusapin, Michael Finnissy, David Rakowski, Jason Eckardt, Liza Lim, Milton Babbitt, Elizabeth Hoffman, and Drew Baker. As a chamber musician, she is the pianist and Artistic Director of Ensemble 21 (New York) and Elision; she also has appeared with the Group for Contemporary Music, MusicNOW (Chicago Symphony), the Chamber Music Society of Lincoln Center, Speculum Musicae, and the Boston Modern Orchestra Project.

A student of David Burge at the Eastman School, Marilyn Nonken received a PhD degree in musicology from Columbia University. Her writings on music have been published in Tempo, Perspectives of New Music, Contemporary Music Review, Agni, Current Musicology, Ecological Psychology, and the Journal of the Institute for Studies in American Music. She has contributed chapters to Perspectives on French Piano Music and Messiaen Perspectives 2: Techniques, Influence, and Reception, both forthcoming from Ashgate. Currently Director of Piano Studies at New York University's Steinhardt School, Marilyn Nonken is a Steinway Artist.

Composer David Rakowski’s jocularity is well known. His many piano etudes (88 at last count) feature a number of sly allusions to other styles and works, as well as more overt zaniness; one even requires the performer to play pitches with their nose! His previous concerti have featured various subterfuges in which the soloist is upstaged by the orchestra. And, famously, goofiness abounds on his website. But alongside Rakowski’s penchant for light-hearted expression are consummate craftsmanship and music of considerable poignancy.

There are marvelous ideas in David Rakowski’s music. At the very end of the slow movement of his Piano Concerto (2006), for instance, the soloist suddenly switches to a toy piano to play a flourish that’s at once otherworldly and mischievous. Similarly, the jazzy syncopations and riffs in the movement that follows convey simultaneous feelings of playful spontaneity and lurking menace.

“Re-Inventions,” the opening concert of the Boston Modern Orchestra Project’s 11th season, promised “glorious and subversive music for keyboards.” While none of the four pieces heard Friday night fully lived up to either adjective, they did present individual and strikingly resourceful ideas on how the concerto, a timeworn musical form, could be reimagined for the present.

The disc is one of the orchestra's best thus far, and the weightiest and most satisfying in Rakowski's discography to date.