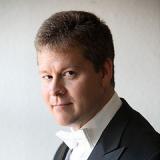 In addition to his demanding performance schedule, Coon is active as an educator and lecturer, having presenting seminars on saxophone history and pedagogy, aesthetics, contemporary music techniques, and principles of chamber music, in such places as the US and Canada, Germany, Switzerland, Holland, Finaldn, Sweden, Taiwan, Thailand, Australia, Austria, Estonia, Denmark, Norway, the UK, Spain, and Italy. A native of Atlanta, Georgia, he has lived in Europe since 1993 and currently resides in the southern German city of Freiburg. Coon is a proud RooPad and MusicMedic.com supporter.