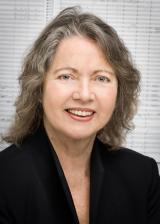 At a time when the musical offerings of the world are more varied than ever before, few composers have emerged with the unique personality of Ellen Taaffe Zwilich. Her music is widely known because it is performed, recorded, broadcast, and—above all—listened to and liked by all sorts of audiences the world over. Like the great masters of bygone times, Zwilich produces music "with fingerprints," music that is immediately recognized as her own. In her compositions, Ms. Zwilich combines craft and inspiration, reflecting an optimistic and humanistic spirit that gives her a unique musical voice.

Ellen Zwilich is the recipient of numerous prizes and honors, including the 1983 Pulitzer Prize in Music (the first woman ever to receive this coveted award), the Elizabeth Sprague Coolidge Chamber Music Prize, the Arturo Toscanini Music Critics Award, the Ernst von Dohnányi Citation, an Academy Award from the American Academy of Arts and Letters, a Guggenheim Fellowship, four GRAMMY® Award nominations, the Alfred I. Dupont Award, Miami Performing Arts Center Award, the Medaglia d'oro in the G.B. Viotti Competition, and the NPR and WNYC Gotham Award for her contributions to the musical life of New York City. Among other distinctions, Ms. Zwilich has been elected to the American Classical Music Hall of Fame, the Florida Artists Hall of Fame, the American Academy of Arts and Sciences, and the American Academy of Arts and Letters. In 1995, she was named to the first Composer’s Chair in the history of Carnegie Hall, and she was designated Musical America’s Composer of the Year for 1999. Ms. Zwilich, who holds a doctorate from The Juilliard School, has received honorary doctorates from Oberlin College, Manhattanville College, Marymount Manhattan College, Mannes College/The New School, Converse College, and Michigan State University. She currently holds the Krafft Distinguished Professorship at Florida State University.

Ms. Zwilich’s recent concertos include the Clarinet Concerto (2002-2003), written for the Chamber Music Society of Lincoln Center and the Buffalo Philharmonic, conducted by JoAnn Falletta (chamber and orchestral versions, respectively) with soloist David Shifrin; and Rituals (2004) for Five Percussionists and Orchestra, premiered by IRIS Orchestra under Michael Stern, featuring the renowned Nexus percussion ensemble. Shadows for Piano and Orchestra, commissioned by an international consortium, was premiered by soloist Jeffrey Biegel in 2011, and Commedia dell’Arte, a work for solo violin and string orchestra written for and commissioned by violinist Nadja Salerno-Sonnenberg and the New Century Chamber Orchestra of San Francisco, was premiered in 2012. Concerto for Cello and Orchestra received its world premiere in March 2020 performed by soloist Zuill Bailey and the South Florida Symphony Orchestra conducted by Sebrina Maria Alfonso.

Ms. Zwilich’s orchestral essay Symbolon was commissioned by the New York Philharmonic expressly to receive its world premiere in what was then Leningrad. Conductor Zubin Mehta subsequently performed it in Europe, Asia, and America, and recorded it on the New World label. Carnegie Hall’s 1997 family concert series featured Peanuts® Gallery for piano and orchestra, a work based on Charles Schulz’s Peanuts® characters. Millennium Fantasy for Piano and Orchestra, a commission by a consortium of 27 orchestras, was premiered in September 2000 by Jeffrey Biegel and the Cincinnati Symphony under Jesús López-Cobos. At the premiere, the mayor of Cincinnati issued a proclamation naming September 23, 2000, "Ellen Taaffe Zwilich Day" and presented Ms. Zwilich with the Keys to the City.

Ms. Zwilich’s chamber works have been commissioned by Boston Musica Viva (Chamber Symphony, Passages); the Abe Fortas Memorial Fund of the John F. Kennedy Center for the Performing Arts, 92nd Street Y, and San Francisco Performances (Piano Trio); the New York State Music Teachers Association (Divertimento); the McKim Fund in the Library of Congress (Romance for Violin); the Santa Fe Chamber Music Festival and Chamber Music Northwest (Clarinet Quintet); the Chamber Music Society of Lincoln Center (Double Quartet and Clarinet Concerto); Carnegie Hall (String Quartet No. 2); Ruth Eckerd Hall for Itzhak Perlman (Episodes for Violin and Piano); the Saratoga Chamber Music Festival (Oboe Quartet); and California EAR Unit (LUVN BLM). The 2007-2008 concert season saw the premiere of Quintet for Alto Saxophone and String Quartet, commissioned by a consortium comprising Arizona Friends of Chamber Music, the Chamber Music Society of Detroit, Fontana Chamber Arts, and Michigan State University; and in 2008-2009, her Septet, written for the Kalichstein-Laredo-Robinson (K-L-R) Trio and the Miami String Quartet, premiered with the first of a series of performances presented by the 12 co-commissioning organizations. In 2011, her Quintet for Piano, Violin, Viola, Cello and Contrabass, inspired by Schubert’s “Trout” Quintet, was performed by the K-L-R Trio across the country to a chorus of critical praise, and in 2012 the St. Lawrence String Quartet premiered Voyage, a piece commemorating the centennials of the Galimir String Quartet. In 2014, the 16 semi-finalists of the International Violin Competition of Indianapolis performed  Zwilich’s Fantasy for Solo Violin in their recital programs.

Zwilich has been the subject of two cartoons in the late Charles Schulz’s celebrated Peanuts® series. The first cartoon, in which the Peanuts® characters attend the premiere of Ms. Zwilich’s Concerto for Flute, set off a chain of events which led eventually to the completion of Zwilich’s Peanuts® Gallery for piano and orchestra, which was also featured in Schulz’s comic strip. Peanuts® Gallery, which Ms. Zwilich wrote for a 1997 Carnegie Hall children’s concert, went on to become the basis of the second PBS documentary to feature her music (the first, "The Gardens: Birth of a Symphony," featured Symphony No. 4 "The Gardens"). The acclaimed "Peanuts® Gallery" special has aired hundreds of times nationwide since its 2006 PBS debut, and continues to be rebroadcast.

Many of Ellen Taaffe Zwilich’s works have been issued on recordings, and Baker’s Biographical Dictionary of Musicians [8th edition] states: "There are not many composers in the modern world who possess the lucky combination of writing music of substance and at the same time exercising an immediate appeal to mixed audiences. Zwilich offers this happy combination of purely technical excellence and a distinct power of communication."