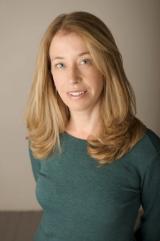 An award winning faculty member at MIT, Elena Ruehr has also been a fellow at Harvard's Radcliffe Institute and composer-in-residence with the Boston Modern Orchestra Project, which performed her major orchestral works as well as the opera Toussaint Before the Spirits (Arsis Records). Three of her six string quartets were commissioned by the Cypress String Quartet, who have recorded How She Danced: String Quartets of Elena Ruehr. Her quartets have also been performed by the Biava, Borromeo, Lark, ROCO and Shanghai string quartets. Her other recordings include Averno (Avie Records with the Trinity Choir, Julian Wachner, conducting), Jane Wang considers the Dragonfly (various artists on Albany) and Shimmer (Metamorphosen Chamber Ensemble on Albany).

Dr. Ruehr was a student of William Bolcom at the University of Michigan, and Vincent Persichetti and Bernard Rands at The Juilliard School. Her oeuvre includes compositions for chamber ensemble, orchestra, chorus, wind ensemble, instrumental solo, opera, dance and silent film. Her work has been described as "sumptuously scored and full of soaring melodies" (New York Times), and "unspeakably gorgeous" (Gramophone). Dr. Ruehr has taught at MIT since 1991 and lives in Boston.

It has become commonplace to bash the symphony orchestra. All together now: it’s impractical, old-fashioned, a relic, a museum, a bastion of canonic conservatism, a hangover from long-gone eras and aesthetics. We know the drill.

The “modern” in Boston Modern Orchestra Project varies in its meaning. Sometimes it refers broadly to music of the past several decades, such as its recent revivals of operas by Virgil Thomson and Michael Tippett. On Friday at Jordan Hall, though, its focus was on the other sense of the word: what’s happening right now. On the bill were three world premieres, all commissions from composers with local connections and associations with BMOP. This was, to my mind, the group at its vital, cutting-edge best.

“The greatest virtue of Friday’s “Minimalism” concert by the Boston Modern Orchestra Project was to raise the question of whether the minimalism tag has outlived its relevance. Each of the four works the orchestra presented - three by minimalism’s leading lights and one by BMOP’s composer-in-residence, Elena Ruehr - adopted some conventions of the minimalist aesthetic, but each took them in such different directions that it’s doubtful the label is now anything more than a convenient, generic shorthand. . .