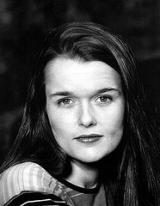 Canadian soprano Anne Harley is a specialist in baroque music and an avid proponent of contemporary and experimental works. After completing the opera performance program at Boston University’s prestigious Opera Institute, she has performed with groups across North America and in Europe. Her opera performances span both early and contemporary idioms. She was singled out for her dramatic intensity as Harper Pitt in the 2006 American première of Peter Eotvos's Angels in America with the Boston Modern Opera Project. In 2004, she garnered unanimous praise for her performance in the role of Madame Mao in Nixon in China with Opera Boston and Musical America praised her performance in Chen Shi Zheng's revelatory 2005 production of Dido and Aeneas with the Handel and Haydn Society.

She made her Netherlands debut in 1999 as Galatea in Handel’s Acis & Galatea in Amsterdam’s Concertgebouw with Opera Noord Holland Noord and she performed the leading roles of L’Imagination and Zélide in the modern-day première and DVD of Royer’s Le Pouvoir de l’Amour at Oberlin College in conjunction with the Centre de Musique Baroque de Versailles (2002). She has performed the operatic roles of Susanna in Mozart’s Marriage of Figaro, Olympia in Offenbach’s Tales of Hoffmann, the Countess Adele in Rossini’s Count Ory, the title role in Charles Fussell’s Cymbeline, Lisaveta in Hoiby’s Natalia Petrovna, The First Attendant in John Harbison’s Full Moon in March, and the title role in Noam Elkies’ Yossele Solovey.

Dr. Harley obtained the doctorate in Historical Performance at Boston University, where she continued her research into Russian baroque music. She is codirector of Russian early music ensemble, TALISMAN, which won the Noah Greenberg Award in 2001 and released its first CD on Dorian to acclaim in Gramophone and EMA: Roses d’Amour: Music of Russian Princesses from the Court of Catherine the Great. Their second album, Stesha: Russian Gypsy Diva of the 1820s (Naxos), reconstructs repertoire from the Russian Gypsy and bel canto tradition in 1820s Moscow.

She has performed as soloist in many standard works of the baroque, such as Handel’s Messiah, Israel in Egypt, and Saul, Bach’s Magnificat, Cantata No. 51 “Jauchzet Gott”, Lutheran Masses, Christmas Oratorio and Monteverdi’s Vesper. She performed the soprano solos in Haydn’s Theresienmasse with the Handel & Haydn Society, and Bach’s St. Matthew Passion, Mendelssohn's Psalm 42 with the Charlotte Symphony, and the Brahms Requiem at Harvard University.
Dr. Harley spent two seasons as an artist at the Banff Centre for the Arts in Alberta, Canada, where she performed in Stravinsky’s Les Noces, in European Cabaret (Piaf, Dietrich and Weill), and sang Webern’s Fünf Geistliche Lieder with members of the Montreal-based Nouvel Ensemble Moderne. She performed in a staged rendition of Kaija Saariaho’s From the Grammar of Dreams with the Toronto ensemble Queen of Puddings. She has premiered many compositions, including the opera Freshwater by Andy Vores, the song cycle for soprano and orchestra Three Songs for Antigone by Marjorie Merryman, and as ensemble member in Ziporyn's score for Oedipus at the American Repertory Theater, with Robert Woodruff directing.

She frequently performs as soloist with ensembles throughout the New England area and North Carolina including the Charlotte Symphony, the North Carolinas Symphony, the Handel & Haydn Society, The Boston Camerata, The Publick Musick, and The Neovoxer Ensemble.

She is currently assistant professor at the University of North Carolina at Charlotte, where she directs the opera program.

Opera Unlimited presents the North American premiere of Peter Eötvös's Angels in America, with a libretto by Mari Mezei, based on the play by Tony Kushner. Performances take place on June 16, 17, and 20 at 8:00 pm and June 24 at 3:00 pm in the Stanford Calderwood Pavilion at the Boston Center for the Arts.

This definitely belongs in the winners' circle.