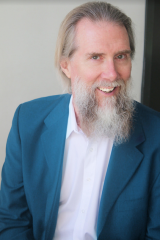 In four decades as a professional entertainer, Wilbur Pauley has accumulated credits in a variety of musical and theatrical disciplines. His work in classical music extends from medieval liturgical dramas to contemporary operatic premieres, including roles in The Ghosts of Versailles at The Met, McTeague and Amistad at Lyric Opera of Chicago, Atlas and Where's Dick? at Houston Grand Opera, and Haroun and the Sea of Stories at NYCity Opera.

Outside the classical music world, Wilbur Pauley has appeared twice on Broadway: in the Peter Hall production of The Merchant of Venice (with Dustin Hoffman), and in the musical Band In Berlin. His voice can be heard on ten Disney film soundtracks, including the original Beauty and the Beast, Aladdin, Pocahontas, Tangled, and the 2017 Beauty and the Beast.

In 1992 Wilbur Pauley founded the male vocal ensemble Hudson Shad. He has appeared with Hudson Shad in almost 200 performances (from Arezzo to Zagreb) of Weill's Seven Deadly Sins and has twice recorded the work, once with Radio Symphony Orchester Wien and Marianne Faithfull, and once with the New York Philharmonic under Kurt Masur. His arrangements have also been recorded by the late cabaret artist Nancy LaMott and by the rock group They Might Be Giants.