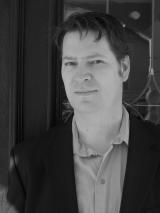 Baritone Sumner Thompson makes his debut with Intermezzo as the Ferryman in Benjamin Britten's religious parable Curlew River. Hailed as "the real thing" (Cleveland Plain Dealer) and praised for his "elegant style" (The Boston Globe), Thompson continues to be lauded by audiences and music cognoscenti alike. His impeccable technique, beautiful sound and elegant musicianship are quickly making him one of the most sought after young baritones in this country and abroad.

His appearances on the operatic stage include the role of Orfeo in Monteverdi's L'Orfeo with Contemporary Opera Denmark in Copenhagen, Uberto in La Serva Padrona with Apollo's Fire, The Traveller in Britten's Curlew River with the Britten-Pears School in Nagaoka, Japan, and at the Aldeburgh Festival in the UK, Schaunard in La Bohème with Granite State Opera, and The Count in Mozart's Le Nozze di Figaro with the Commonwealth Opera. His appearances in Chicago Opera Theatre's productions of Britten's Death in Venice and Rossini's Il Viaggio a Reims were universally praised. He also appeared in recital at the Goethe Institut in Boston and at the Star Island Artists Retreat in New Hampshire, and made his third European tour as Orfeo in Monteverdi's L'Orfeo with Contemporary Opera Denmark.

Recent concert performances included a return to the Boston Early Music Festival in concert with the King's Noyse, Handel's Messiah at Carnegie Hall with the Masterwork Chorus, Finzi's In terra pax with the National Symphony and the Choral Arts Society of Washington at the Kennedy Center, as Pilate in a staged version of Bach's St. Matthew Passion with Apollo's Fire, Brahms's Ein Deutches Requiem with the Harvard-Radcliffe Collegium Musicum, La Discorde in Charpentier's Les Arts Florissants with the Camerata Pacifica, Bach's St. John Passion and St. Matthew Passion in Bloomington, IN under the direction of Paul Hillier, Schaunard in a concert version of La Bohème with the Newton Symphony Orchestra, and as Zebul in Handel's Jephtha with NYS Baroque in Ithaca, NY.

A noted recitalist, Mr. Thompson has performed in Stuttgart, Amsterdam, Regensburg, and at London's famed Wigmore Hall with the late Leonard Hokanson, Alison d'Amato, and Tobias Hartlieb. As a favorite in top tier early music circles, he has appeared at the Boston Early Music Festival as the Satir in their recent production of Conradi's Ariadne and in concerts with the Festival Baroque Orchestra and Concerto Palatino. He has also appeared at guest artist at the San Francisco, Regensburg, and Bloomington Early Music Festivals.

Among his many awards and distinctions, Mr. Thompson is the winner of the 1995 Atlanta Pro-Mozart Society Competition, the Willi Apel Scholarship at Indiana University in 1997, and the 1999 Indiana University Early Music Institute Concerto Competition, for which he was the only singer to ever be accorded this honor. In 2003, Mr. Thompson placed as a semi-finalist in the prestigious Wigmore Hall International Song Competition. He was also twice a semi-finalist in the New York Oratorio Society Competition. Sumner Thompson records for the Harmonia Mundi USA, Dorian, and Arsis labels.

Sumner debuted with Intermezzo as the Ferryman in the 2006 production of Britten's Curlew River. He returned in January 2011 for Dominick Argento's The Andree Expedition.