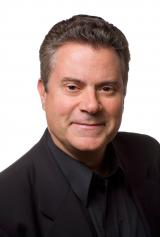 Grammy nominee Stephen L. Bryant’s distinguished career has taken him around the world, with acclaimed performances in the US, Europe, the Middle East, and Asia. In the 2017-18 season he sang as soloist in Tan Dun’s Water Passion after St. Matthew with Soundstreams Canada. 2016-17 highlights included Handel’s Messiah with the Virginia and Pacific symphonies, Bach’s B Minor Mass with Orchestra Iowa, and the South Dakota Symphony Orchestra, as well as performances with the Grand Rapids Bach Festival.

A premiere interpreter of the works of Academy Award-winner Tan Dun, Bryant created the role of Dante in the world premiere of the opera Marco Polo and was nominated for a Grammy for “Best Opera Recording” for the opera’s release on Opus Arte. He reprised the role at London’s Barbican Centre, the Bergen International Festival, and de Nederlandse Opera. He has also performed Water Passion after St. Matthew with the Los Angeles Master Chorale, InternationaleBachakademie Stuttgart, MDR Leipzig Radio Symphony; and Tan Dun’s Orchestra Theatre II with the Hamburger Symphoniker. Other concert appearances include Mendelssohn’s Elijah with the New York Philharmonic and the Philadelphia Orchestra; Handel’s Messiah with the Indianapolis and Pittsburgh symphonies; Mozart’s Requiem with Princeton Pro Musica; and Verdi’s Requiem with the Washington National Opera Orchestra.

Stephen has appeared in numerous roles with New York City Opera, most recently in A Quiet Place and Intermezzo. Other performances include Mr. Gobineau in The Medium at the Spoleto Festival USA; Robert Gonzales in Stewart Wallace’s Harvey Milk and the Bonze in Madama Butterfly with San Francisco Opera; Capulet in Roméo et Juliette with Opera Theatre of St. Louis, Michigan Opera Theatre, Chautauqua Opera, and Toledo Opera; George Milton in Of Mice and Men with Arizona Opera; and Indiana Elliot’s Brother in Thomson’s The Mother of Us All with Santa Fe Opera.