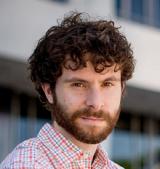 Matthew Aucoin (b. 1990) is an American composer, conductor, writer, and pianist.

He is the newly-appointed Artist-in-Residence at Los Angeles Opera. This position, created for Aucoin, fuses his work as composer and conductor: each season, Aucoin will conduct at LA Opera, including the Los Angeles premiere in November of Philip Glass’s Akhnaten. Aucoin will also compose a new full-length work for LA Opera which will premiere in a future season. Additionally he will serve as the company’s advisor on new music and work regularly with members of its opera studio.

In the 2014-15 season, Aucoin conducted the premieres of two of his operas: Crossing, at Boston’s American Repertory Theater (directed by Diane Paulus); and Second Nature, a chamber opera for the young, at Lyric Opera of Chicago. Aucoin wrote the libretti for both works. He is currently at work on a new opera for the Metropolitan Opera / Lincoln Center Theater’s New Works program.

Aucoin has recently made orchestral conducting debuts with the Los Angeles Philharmonic; the Los Angeles Chamber Orchestra; the Rome Opera Orchestra, Chicago Symphony Orchestra, and the Civic Orchestra of Chicago (a special event featuring cellist Yo-Yo Ma); opera productions have included Music Academy of the West (The Bartered Bride, as well as his own chamber opera Second Nature); Teatro Petruzzelli in Bari, Italy (Le Nozze di Figaro) and Juilliard Opera (Eugene Onegin). This season he makes his German conducting debut with a new production for the Leipzig Ballet set to scores by Britten, Ives, Janacek, and others.

Aucoin is a 2012 graduate of Harvard College, where he studied with the poet Jorie Graham; and a 2013 recipient of a graduate diploma in composition from The Juilliard School, where he studied with composer Robert Beaser. Shortly before he graduated from Harvard, Aucoin was hired as the youngest Assistant Conductor in the history of the Metropolitan Opera, where he worked with Thomas Adès, James Levine, and Valery Gergiev. From 2013 to 2015, Aucoin was the Solti Conducting Apprentice at the Chicago Symphony Orchestra, where he studied with Riccardo Muti and, in 2014, made his CSO debut substituting for an indisposed Pierre Boulez.

An accomplished writer, Aucoin’s essays and poetry have appeared in The Yale Review, The Colorado Review, The Boston Globe, and The Harvard Advocate. He has served as guest lecturer for the New York Shakespeare Society and a guest host for New York’s WQXR. Aucoin has been the subject of major profiles in The New York Times Magazine, The Wall Street Journal, The Boston Globe, and The Chicago Tribune. His music has been featured on radio programs including This American Life, From the Top, and Studio 360.