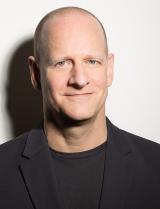 Lowell Liebermann is one of America's most frequently performed and recorded living composers. Called by The New York Times "as much of a traditionalist as an innovator." Mr. Liebermann's music is known for its technical command and audience appeal. Having written over one hundred works in all genres, several of them have gone on to become standard repertoire for their instruments, including his Sonata for Flute and Piano, which has been recorded more than twenty times to date, and his Gargoyles for Piano, which has been recorded fifteen times.

Mr. Liebermann has written two full-length operas, both of which were enthusiastically received at their premieres. His first, The Picture of Dorian Gray, was the only American opera to be commissioned and premiered by Monte Carlo Opera. His second opera Miss Lonelyhearts, to a libretto by JD McClatchy after the novel by Nathanael West, was commissioned by the Juilliard School to celebrate its 100th anniversary.

Among his orchestral works, Mr. Liebermann has composed two Symphonies - the Second, with chorus, written for the centennial of the Dallas Symphony; a Concerto for Orchestra; three Piano Concertos; and Concertos for many other instruments.  Piano Concerto No.3 was commissioned for pianist Jeffrey Biegel by a consortium of eighteen different orchestras both here and abroad.  Stephen Hough and the Indianapolis Symphony performed Liebermann's Rhapsody on a Theme of Paganini, which the orchestra commissioned to celebrate Raymond Leppard's farewell concert as conductor. His Violin Concerto was commissioned and premiered by the Philadelphia Orchestra with violinist Chantal Juillet, and conducted by Charles Dutoit. The New York Philharmonic and principal trumpet Philip Smith presented the premiere of Mr. Liebermann's Concerto for Trumpet and Orchestra, which the Wall Street Journal described as "balancing bravura and a wealth of attractive musical ideas to create a score that invites repeated listening. [Liebermann] is a masterful orchestrator, and just from this standpoint the opening of the new concerto is immediately arresting," also noting that the "rousing conclusion brought down the house."

In the realm of chamber music, Mr. Liebermann has composed four string quartets - the two most recent for the Ying and Orion Quartets respectively; four Cello Sonatas; two Piano Trios; Sonatas for Flute, Violin,Viola, Flute and Harp; and works for many other combinations

Mr. Liebermann acted as Composer-in-Residence for the Dallas Symphony Orchestra for four years.  He served the same role for Sapporo's Pacific Music Festival, the Saratoga Performing Arts Center, and many other organizations.

His music has been widely represented on CD, with over sixty releases so far. Koch International Classics has released two discs in an ongoing series of Liebermann’s complete piano music with pianist David Korevaar, a recording of his flute chamber music with flautist Alexa Still, and a disc featuring his Piano Quintet and Clarinet Quintet with clarinetist Jon Manasse. Upcoming releases will include a song disc, and the complete cello music performed by Andres Diaz with Mr. Liebermann at the piano. Additional recordings of Mr. Liebermann's music are available on Hyperion, Virgin Classics, Albany, New World Records, Arabesque, Centaur, Cambria, Musical Heritage Society, Intim Musik, Opus One and others.

Mr. Liebermann maintains an active performing schedule as pianist and conductor. He has collaborated with such distinguished artists as flautists Sir James Galway and Jeffrey Khaner, violinists Chantal Juillet and Mark Peskanov, singers Robert White and Carole Farley and cellist Andres Diaz. He performed the world premiere of Ned Rorem's "Pas de Trois" for Oboe, Violin and Piano at the Saratoga Chamber Music Festival.  He made his Berlin debut at the Philharmonie performing his Piano Quintet with members of the Berlin Philharmonic. In 2006, on Mr. Liebermann’s 45th birthday, the Van Cliburn Foundation presented a highly successful all-Liebermann concert as part of their “Modern at the Modern” series, with the composer at the piano and featuring the premiere of Liebermann’s 3rd Cello Sonata. Mr. Liebermann is a Steinway Artist.

Lowell Liebermann was born in New York City in 1961. He began piano studies at the age of eight, and composition studies at fourteen. He made his performing debut two years later at Carnegie Recital Hall, playing his Piano Sonata, Op.1, which he composed when he was fifteen. He holds bachelor's, master's, and doctoral degrees from the Juilliard School of Music. Among his many awards is a Charles Ives Fellowship from the American Academy and Institute of Arts and Letters as well as awards from ASCAP and BMI. Theodore Presser Company is the exclusive publisher of his music. He currently resides in Weehawken, New Jersey with his partner, pianist and conductor William Hobbs, their Australian Shepherd named Daphne, and an American Eskimo named Phoebus.