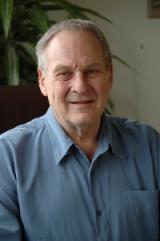 Lewis Spratlan, winner of the 2000 Pulitzer Prize in music for his opera Life is a Dream (Act II, concert version), is a widely performed and much honored composer. Often praised for his music's high dramatic impact and brilliant scoring, Spratlan is the recipient of grants and awards from the Guggenheim Foundation, the Rockefeller Foundation, and the National Endowment for the Arts, among many. A native of Miami, he studied with Mel Powell and Gunther Schuller at Yale, and has taught and conducted at Tanglewood, The Yale Summer School of Music and Art, and Amherst College, where he was on the faculty from 1970 until his retirement in 2006.

In October 1989, Spratlan toured widely in Russia and Armenia as a guest of the Soviet Composers' Union. Toccapsody, for solo piano, and Apollo and Daphne Variations, for orchestra, were premiered on this tour and Penelope's Knees was presented in Moscow's Rachmaninoff Hall under Emin Khatchatourian.

April 1993 saw the world premiere of In Memoriam, for five soloists, double chorus, and orchestra, a work honoring the victims of conquest, focusing on the Mayans and their lineage; the December 1993 release of a CD of Night Music, for violin, clarinet, and percussion; the American premiere and two additional performances of Apollo and Daphne Variations by the Florida Orchestra under Jahja Ling in May 1994; a commission from the Mohawk Trail Concerts for a setting of Richard Wilbur's A Barred Owl, for baritone Jan Opalach, premiered in July 1994; the premiere of Concertino for violin and chamber ensemble in April 1995 with violinist Veronica Kadlubkiewicz as soloist; the April 1996 premiere of Psalm 42, commissioned by soprano Judith Jones-Gale; and the January 1999 premiere at the Knitting Factory of Vocalise with Duck, commissioned by the New York ensemble Sequitur, featuring soprano Dora Ohrenstein.

Spratlan's Pulitzer Prize-winning opera Life is a Dream (Act II, concert version) was premiered on January 28 and 30, 2000 in Amherst and Cambridge, Massachusetts, by Dinosaur Annex Music Ensemble under the baton of J. David Jackson. Leading the cast were Metropolitan Opera artists John Cheek and Allan Glassman and soprano Christina Bouras of the New York City Opera. Sojourner for ten players, commissioned by the Koussevitzky Music Foundation in the Library of Congress, was also premiered on this occasion.

Other recent works include Mayflies for soprano and flour flutes (2000), commissioned by the flutist Alex Ogle, which has been performed in Amherst and Northampton, Massachusetts, Indiana University, Dartmouth College, Washington, D. C., New York, and Boston; Of Time and the Seasons (2001), commissioned by Lucy Shelton and the Boston Musica Viva, performed in Boston and Amherst in the fall of 2001; and Peeves (2001), for string quartet, commissioned by the Rivers Music School, Weston, Massachusetts, premiered there in the spring of 2002.

Spratlan was in residence for a week at the Indiana University School of Music in the spring of 2001, where Mayflies, Sojourner, and When Crows Gather were performed. Hung Monophonies for oboe, horn, and cello soloists with nine satellite strings, was performed by the Left Coast Ensemble in San Francisco in March of 2001, during which time Mr. Spratlan also presented a lecture at the University of California, Berkeley.

Of Time and the Seasons, commissioned by soprano Lucy Shelton and the Boston Musica Viva, received its world premiere in Boston in October 2001. Life is a Dream, Act II, received a concert performance under the baton of George Manahan on May 7, 2002, as part of the New York City Opera's "Showcasing American Opera" series.

Spratlan was commissioned by the San Francisco Opera to compose a one-act opera as part of that company's "Faust Project" series. The new work, Earthrise, on a libretto by Constance Congdon, enjoyed great success in a recent workshop production.

An all-Spratlan concert, performed by Sequitur under the direction of Paul Hostetter, took place as part of the "composer portrait" series at Columbia University's Miller Theater on November 6, 2003. Zoom, for chamber orchestra received its world premiere. The program also included When Crows Gather, Of Time and the Seasons, again with Lucy Shelton as soloist, and Concertino for Violin and Chamber Ensemble, Mark Kaplan, soloist.

The Manatees at Blue Springs (mixed chorus and piano), on a text by Lewis Hyde, received its premiere, under the direction of the composer's son Daniel Spratlan, at Westminster Choir College, Princeton, New Jersey, on April 24, 2004. This work was also performed in May 2005 at Washington University, St. Louis.

In celebration of its centennial season the Ravinia Festival in Highland Park, Illinois, commissioned Spratlan to compose a piano quartet titled Streaming, which was premiered there on June 23, 2004, by Miriam Fried, Atar Arad, Paula Kosower, and Gilbert Kalish, and was toured widely - including performances at the Library of Congress and Boston's Gardner Museum - by musicians from the festival during the spring of 2005. Streaming has subsequently been performed at the Yellow Barn Festival (summer 2005) and in February 2006, in Amherst, Massachusetts.

Mega-Ditty for percussion duo was composed for the Brazilian ensemble Duo Contexto and premiered at SUNY, Stony Brook, in the spring of 2005, with repeat performances in Brazil and Germany, at Baruch College, New York, and in Amherst. Flutist Ellen Redman commissioned Piccolosophy, for piccolo and piano, which was premiered at Smith College, Northampton, Massachusetts, in October 2005.

Shadow, commissioned by the renowned and adventuresome cellist Matt Haimovitz, was premiered in July 2006 and received subsequent performances in Cöthen, Germany (the "Bach Meets America" Festival), on August 31 of that year and at more than 60 venues throughout the United States and Canada, including many non-traditional sites. It has been recorded by Haimovitz on the Oxingale label.

Spratlan's Concerto for Saxophone and Orchestra came about through a consortium commission by 30 saxophonists all over the country, organized by Ryan Janus of Colorado Springs, Colorado. It was premiered in Holland, Michigan, by Janus and the Holland Symphony Orchestra, Johannes Müller-Stosch, conductor, in November 2007, has been subsequently performed by Lynn Klock at the University of Massachusetts, and is currently booked for performances in Athens, Georgia, and Long Beach, California, during the 2008-09 season. Further performances will take place in 2010 and beyond.

In February 2008, Spratlan completed his latest opera, Wink: An Architect's Sounding Spaces, based on the life and works of the great architect Louis Kahn. The libretto, by Jenny Kallick, is inspired by the film "My Architect," by Kahn's son Nathaniel, and probes Kahn's obsessive quest for a kind of monumental perfection in architecture and its cost to his personal life. Intimate in scale, the opera is being prepared for release in a video, to be exhibited at numerous of Kahn's buildings, as well as staged performances.

Two choral works, Elephant Rocks, on texts by United States poet laureate Kay Ryan, and Four Songs for soprano and women's chorus, on poems by Brad Leithauser, will be premiered early in 2009. And A Summer's Day for orchestra, commissioned by the Boston Modern Orchestra Project, will be premiered in Boston on May 22, 2009, under the direction of Gil Rose. This work, together with Apollo and Daphne Variations and Concerto for saxophone and orchestra will be recorded by BMOP in the near future.

The Albany CD When Crows Gather and Other Works was released in February of 2005 and was named one of the five best classical CDs of the year by critic Anthony Tommasini in the New York Times. Other Spratlan works appear on the Koch International Classic, Opus One, Gasparo, and Oxingale labels, and In Memoriam and Streaming will be released in the Spring of 2009 on the new Navona Label, together with widespread internet presentation and PDFs of study scores.

Spratlan lives with his wife Melinda in Amherst, Massachusetts, and at their home in the Berkshires, where he maintains his studio.