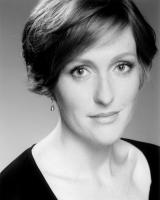 Katherine Growdon, mezzo-soprano, has in recent years gained critical acclaim for her unique timbre, presence, and expressivity. The New York Times praised her performances as Dido and as the Sorceress in Dido and Aeneas, with the Mark Morris Dance Group, as "incisively authoritative." She has also been described as a "fiery singing actress" and possessing a "rich, caramel tone" by the San Francisco Classical Voice. This same publication also lauded her for her "heartrending emotion and excellent control." "I was riveted and felt like she was singing directly to me," stated the Boston Musical Intelligencer. Her versatile voice has been described by the Boston Classical Review as "sweet and creamy-toned" and the Boston Globe as "full of dusky colors and pathos." Her operatic roles have included Cherubino, Idamante, Hansel, Nicklausse, Charlotte, Sesto, and Mercedes. Growdon has performed with renowned early music chamber groups throughout the Northeast, and she is known for her exceptional versatility on stage across an impressive range of three centuries of operatic roles, from Baroque through Mozart to Bizet, Puccini, and even Stephen Sondheim. She has performed with the San Francisco Lyric Opera, Portland Opera, Emmanuel Music, American Bach Soloists, Bach Collegium San Diego, and the Boston Modern Orchestra Project. She has also appeared at the Carmel Bach Festival, the Aspen Music Festival and the Northwest Bach Festival.