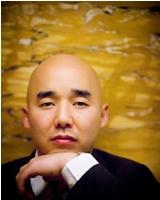 This internationally acclaimed Korean-American tenor, who has been lauded as “brilliant” [Broadway World] and praised for his “golden-toned” voice [San Francisco Chronicle] with "unexpected stentorian power" [Boston Phoenix], opens his 2017-2018 Season with San Francisco Opera as Pang in Turandot by Puccini, a role that has become a signature in his wide-ranging repertoire.  He has performed the role with Seattle Opera, Utah Opera, Michigan Opera Theatre, Cincinnati Opera, Opera Philadelphia, Pittsburgh Opera, and Atlanta Opera.  He will reprise the role this season in his return to Vancouver Opera, as well as, in his début with Tulsa Opera.  This season also includes Mr. Ahn’s role début as Bardolfo in Falstaff by Verdi with Opera Omaha as well as his début with Pacific Symphony, as Monostatos in The Magic Flute by Mozart.

The 2016-2017 season included débuts with Opera Philadelphia, Pittsburgh Opera, and Atlanta Opera, as Pang; Goro in Madama Butterfly by Puccini with San Francisco Opera and Northern Lights Music Festival -- another signature role, which he has also performed in his débuts with Palm Beach Opera, Opera Carolina, Nashville Opera, Canadian Opera Company, and Vancouver Opera, as well as with Michigan Opera Theatre, and in his London début with Raymond Gubbay, Ltd., in a spectacular in-the-round production at the famed Royal Albert Hall; and, a return to The Metropolitan Opera for The Magic Flute by Mozart, and Rigoletto by Verdi.

Mr. Ahn joined the roster of The Metropolitan Opera as part of its 2013-2014 Season in its production of The Nose by Shostakovich, and went on to make his stage début as the Second Priest in The Magic Flute.  Additional productions with The Metropolitan Opera include Turandot and Die Fledermaus by J. Strauss, Jr.  Other notable engagements include roles in The Nose with Opera Boston; Tanzmeister and Brighella in Ariadne auf Naxos by R. Strauss, Soldier in The Emperor of Atlantis by Ullmann, and Padre Ruffiano in The Inspector by Musto, with Boston Lyric Opera; Demo in Giasone by Cavalli with Chicago Opera Theater; Sellem in Rake's Progress by Stravinsky with the Princeton Festival; Basilio and Curzio in Le Nozze di Figaro by Mozart with Lyric Opera Baltimore and Bar Harbor Music Festival; Monostatos in The Magic Flute with Opera Carolina, Opera Omaha, Hawaii Opera Theatre, and Michigan Opera Theatre; and, Mark in The Midsummer Marriage by Tippett, in concert, with Boston Modern Orchestra Project at Jordan Hall.

After being cast in Stuck Elevator by Byron Au Yong and Aaron Jafferis, as part of the 2011 Sundance Institute Theatre Labs at Banff Centre, directed by Chay Yew, and again, at White Oak, Mr. Ahn went on to create the lead role of Guang in the triumphant World Premiere with American Conservatory Theater in San Francisco.  His performances earned him San Francisco Bay Area Theatre Critics Circle’s Award for Outstanding Achievement in Theatre in 2013 for Principal Actor in a Musical.  He later reprised the role with The Arts and Ideas Festival in New Haven, Connecticut, and with New York Theatre Workshop.  Mr. Ahn has also performed the principal role of Conrado in a workshop performance of Long Season by Chay Yew and Fabian Obispo, as part of Huntington Theatre Company’s Breaking Ground Festival.  Additional role credits include King of Siam in The King and I, and Duke/Dr. Carrasco in Man of La Mancha, as well as, roles in Camelot, Ragtime, and Titanic.

Julius attended the New England Conservatory of Music, where he studied with the world-renowned tenor Vinson Cole, and performed a wide range of roles.