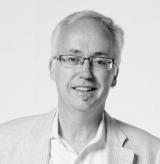 Joseph Butch Rovan is a composer/media artist and performer on the faculty of the Department of Music at Brown University, where he co-directs MEME (Multimedia & Electronic Music Experiments @ Brown) and the Ph.D. program in Computer Music and Multimedia. Prior to joining Brown he directed CEMI, the Center for Experimental Music and Intermedia, at the University of North Texas, and was a compositeur en recherche with the Real-Time Systems Team at the Institut de Recherche et Coordination Acoustique/Musique (IRCAM) in Paris. Rovan worked at Opcode Systems before leaving for Paris, serving as Product Manager for MAX, OMS and MIDI hardware.

Rovan has received prizes from the Bourges International Electroacoustic Music Competition, first prize in the Berlin Transmediale International Media Arts Festival, and his work has been performed throughout Europe and the U.S. He frequently performs his own work, either with various new instrument designs or with augmented acoustic instruments.