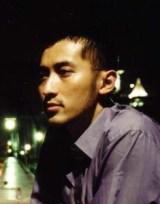 Awarded First Prize by the prestigious Luxembourg International Composition Prize, Huang Ruo has been cited by the New Yorker as “one of the most intriguing of the new crop of Asian-American composers” and "one of the world's leading young composers." His vibrant and inventive musical voice draws equal inspiration from Chinese folk, Western avant-garde, rock, and jazz to create a seamless, organic integration using a compositional technique he calls “dimensionalism.” Huang Ruo’s writing spans from orchestra, chamber music, opera, theater, and modern dance, to sound installation, multi-media, experimental improvisation, folk rock, and film. Ensembles who have premiered and performed his music include the New York Philharmonic, Philadelphia Orchestra, San Francisco Symphony, Seattle Symphony, Kiel Philharmonic Orchestra, Hong Kong Philharmonic, Opera Hong Kong, New York City Opera, Chamber Music Society of Lincoln Center, Asko Ensemble, Nieuw Ensemble, Ensemble Integrals, Quatuor Diotima, Ethel Quartet, and Tang Quartet, and under conductors such as Wolfgang Sawallisch, Marin Alsop, James Conlon, Dennis Russell Davies, Ed Spanjaard, Xian Zhang, and Ilan Volkov. Huang Ruo's new opera Dr. Sun Yat-Sen, will be given its American premiere by the Santa Fe Opera in 2014. His upcoming commissions include a chamber opera for the Houston Grand Opera and an orchestra work for the Netherlands Radio Philharmonic Orchestra which will be premiered at the Concertgebouw. Huang Ruo has received awards and grants from the ASCAP Foundation, Presser Foundation, Jerome Foundation, Argosy Foundation, Greenwall Foundation, Meet The Composer, NYSCA, Chamber Music America, American Music Center, Aaron Copland Award, and Alice M. Ditson Award. New York Times critic Allan Kozinn listed his concert as the second on the list of his “Top Ten Classical Moments of 2003.” Huang Ruo’s Chamber Concerto Cycle was released on Naxos in February 2007; Leaving Sao, a work for orchestra and Chinese Folk Voice, was released on Albany Records with his own singing in 2008; and Divergence came out on Koch International in 2009. Huang Ruo's latest CD, To The Four Corners, performed by Future In REverse, was recently released on Naxos Records. Huang Ruo is currently a member of the composition faculty at SUNY Purchase. For more information about Huang Ruo and his music, please visit: www.huangruo.com