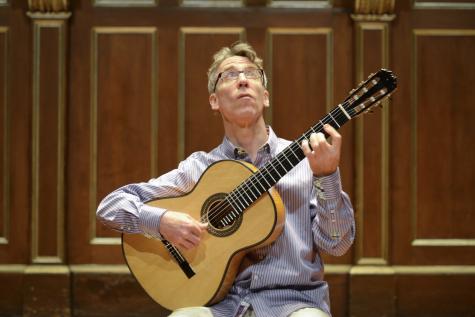 He is a professor at the Universität Mozarteum Salzburg in Austria, where he teaches in five different languages, and in Boston at the New England Conservatory. His students have come from many countries, and several have gone on to become important performers and teachers in their own right.

Fisk lives in Boston, Salzburg, and Granada, Spain with his wife, Zaira, and their 6-year-old daughter, Raquel. He uses a handmade Thomas Humphrey Millennium guitar and another by upcoming luthier Stephan Connor. He received the Grand Cross of Isabel la Cátolica on June 10, 2006, from King Juan Carlos of Spain. Earlier recipients have included Andrés Segovia and Yehudi Menuhin. Fisk earned the award for contributions to Spanish music as an interpreter and teacher.