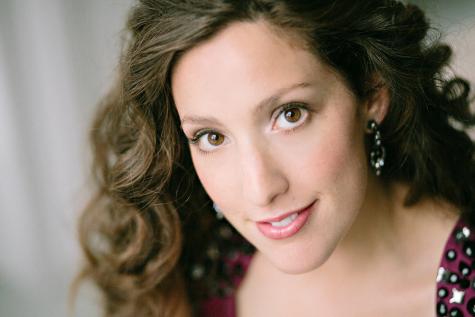 Soprano Deborah Selig’s voice has been described by the press as “radiant,” “beautifully rich,” “capable of any emotional nuance,” and “impressively nimble.” During recent seasons, Ms. Selig has appeared as Pamina in The Magic Flute with Boston Lyric Opera; Musetta in La Bohème and Zerlina in Don Giovanni with Central City Opera; Pamina in The Magic Flute, Rose in Street Scene, Mary Warren in The Crucible, and Marion in The Music Man, all with Chautauqua Opera; Curley’s Wife in Carlisle Floyd’s Of Mice and Men and Donna Elvira in Don Giovanni with Kentucky Opera; and Bella in Tippett’s A Midsummer Marriage with the Boston Modern Orchestra Project.

Recordings include Marcia Kraus’s Three Fairy Tales for Soprano, Oboe, and Piano with Centaur Records and Virgil Thomson’s Four Saints in Three Acts with the Boston Modern Orchestra Project and BMOP/sound, both to be released in 2015.

With deliberate gestures, Rose conjured fine playing from the orchestra, the musicians laying a sturdy frame of accompaniment.