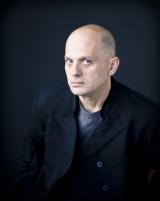 "There is no name yet for this kind of music," writes Los Angeles Times music critic Mark Swed about the Pulitzer Prize-winning American composer David Lang, but audiences around the globe are hearing more and more of his work: in performances by such organizations as the Santa Fe Opera, the New York Philharmonic, the San Francisco Symphony, The Cleveland Orchestra, and the Kronos Quartet; at Tanglewood, the BBC Proms, The Munich Biennale, the Settembre Musica Festival, the Sidney 2000 Olympic Arts Festival and the Almeida, Holland, Berlin, Strasbourg and Huddersfield Festivals; in theater productions in New York, San Francisco and London; in the choreography of Twyla Tharp, La La La Human Steps, The Nederlands Dans Theater and the Royal Ballet; and at Lincoln Center, the South Bank Centre, Carnegie Hall, the Kennedy Center, the Barbican Centre, and the Brooklyn Academy of Music.

Recent projects include The Little Match Girl Passion, commissioned by Carnegie Hall for Paul Hillier's vocal ensemble Theater of Voices and for which Lang was awarded the 2008 Pulitzer Prize in Music; Writing On Water for the London Sinfonietta, with visuals by English filmmaker Peter Greenaway; The Difficulty of Crossing a Field — a fully staged opera for the Kronos Quartet; Loud Love Songs, a concerto for the percussionist Evelyn Glennie, and the oratorio Shelter, with co-composers Michael Gordon and Julia Wolfe, at the Next Wave Festival of the Brooklyn Academy of Music, staged by Ridge Theater and featuring the Norwegian vocal ensemble Trio Mediaeval.

In addition to the Pulitzer, Lang's numerous honors and awards include the Rome Prize, the BMW Music-Theater Prize (Munich), and grants from the Guggenheim Foundation, the Foundation for Contemporary Performance Arts, the National Endowment for the Arts, the New York Foundation for the Arts, and the American Academy of Arts and Letters. In 1999 he received a Bessie Award for his music for choreographer Susan Marshall's The Most Dangerous Room in the House, performed live by the Bang on a Can All-Stars at the Next Wave Festival of the Brooklyn Academy of Music. The Carbon Copy Building won the 2000 Village Voice OBIE Award for Best New American Work. The CD recording of The Passing Measures was named one of the best CD's of 2001 by The New Yorker magazine. His most recent CD is ELEVATED (on Cantaloupe), three atmospheric and meditative pieces plus a DVD of the same three pieces interpreted by noted visual artists William Wegman, Bill Morrison, and Matt Mullican.

Lang is co-founder and co-artistic director of New York's legendary music festival, Bang on a Can. His work is recorded on the Sony Classical, Teldec, BMG, Point, Chandos, Argo/Decca, Caprice, CRI, and Cantaloupe labels. His music is published by Red Poppy (ASCAP) and is distributed worldwide by G. Schirmer, Inc.