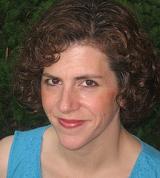 Ms. Mastrodomenico enjoys singing contemporary works, and has performed the works of such noted composers as Robert DiDomenica, Ellen Bender and David Leisner. She premiered John McDonald's Put this in your Pipe and Speech made by music with the Essex Chamber Players. She premiered Ms. Bender's Five Emily Dickinson Songs during New England Conservatory's Contemporary Festival.

An accomplished recitalist, Ms. Mastrodomenico was most recently heard singing a program of Hayden's music, featuring the cantata Arianna a Naxos for the Boston College Chamber Music Series. She was heard last year for a program of voice and guitar music with guitarist David Patterson. She is frequently heard collaborating with flutist Vanessa Mulvey and clarinetist Michelle Shoemaker. She has been invited to perform at the Tanglewood Music Center, Jordan Hall, Faneuil Hall, the Warebrook Contemporary Music Festival, the Boston Vocal Artists Series, the 1794 Meeting House concert Series in New Salem, and the Music at Noon Concert Series at the Swedenborg Chapel.

Ms. Mastrodomenico has been the stage director of Tufts Opera Ensemble for past eleven years. The Ensemble most recently performed the Boston Premiere of Ned Rorem's Our Town based on the play by Thornton Wilder. Some of the operas performed by the ensemble are: Dido and Aeneas, Old Maid and the Thief, Ameila Goes to the Ball, Riders to the Sea, Gallantry, The Telephone and Doctor Miracle.

Ms. Mastrodomenico is a frequent lecturer on vocal pedagogy. Most recently, she was asked by the Boston NATS (National Association of Teachers of Singing) Chapter to be one of three panel members for a discussion of different elements of "Teaching Men to Sing". She was invited by the Western Massachusetts NATS chapter to give a solo presentation on Teaching Men. This past summer she developed and taught a new vocal class curriculum to the students at the Heifetz International Summer Institute in New Hampshire.

Ms. Mastrodomenico received her Master of Music degrees in Vocal Performance and Vocal Pedagogy at New England Conservatory of Music. She is on the voice faculties of Longy School of Music and Tufts University. She maintains a private voice studio in Woburn, MA where she lives with her husband and three beautiful daughters.

These two programs were admirable additions to the Boston artistic calendar.