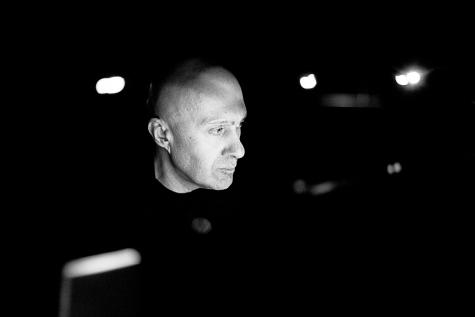 Russian composer and pianist Anton Batagov (b. 1965) is one of the most influential Russian musicians of our time.

As a performer, Batagov introduced the music of John Cage, Morton Feldman, Steve Reich, and Philip Glass to Russian audiences. His 1990 debut CD, a 160-minute recording of Olivier Messiaen's Vingt regards sur l'enfant-Jésus, became a major sensation. Three years, later Richard Kostelanetz characterized his 1993 recording of Bach’s The Art of the Fugue as "the most stunning interpretation of Bach since Glenn Gould."  In 1997 Batagov stopped performing live, and since then he has been focusing on studio recordings.

As a composer, Batagov has his own unique voice. The post-minimalist language of his compositions is rooted in the harmonic and rhythmic patterns of Russian church bells and folk songs seamlessly mixed with the spirit of Buddhist philosophy and the dynamic pulse of early Soviet avant-garde.  His discography includes over 30 CD releases. Batagov is the author of several movie soundtracks and a huge number of tunes for the major Russian TV channels.

In 2009, after twelve years of seclusion, Mr. Batagov returned to live performances. The critics have called his recent recitals "a revelation."
The premiere of his evening-length piano cycle Selected Letters of Sergei Rachmaninoff  (2013) was truly sensational. The top Russian critics characterized it as "the most significant musical event on the year; a landmark work that changed the coordinate system of the classical music scene" (Vedomosti (Russia)). In 2015 his CD I Fear No More, a symphonic/rock vocal cycle performed by the Russian State Symphony Orchestra and conducted by Vladimir Jurowski, was nominated for an International Classical Music Award.

Anton Batagov has been performing works of Philip Glass for over 25 years. He has the complete Etudes in his repertoire as well as earlier solo piano works. In addition to that, he plays piano arrangements of other compositions such as The Hours. One of his latest releases, Prophecies, contains his piano arrangements of scenes from Einstein on the Beach and Koyaanisqatsi (Orange Mountain Music, 2016, OMM0110).