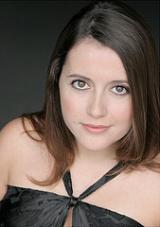 Amanda Forsythe has been praised by Opera News for her "light and luster", "wonderful agility and silvery top notes". In August 2007, Ms. Forsythe made her European début, singing Corinna in "Il Viaggio a Reims" at the Rossini Festival in Pesaro. According to The Stage (UK), "Amanda Forsythe, the outstanding Corinna, [was] technically in command of the role - she delivered All'ombra ammena flawlessly with every run in place, the legato lines seamless, the vocal line expressively shaped in support of the text. It was perfection."

Following her success in Pesaro, she was immediately engaged at the Grand Théâtre de Genève as Dalinda in Handel's Ariodante, where she was proclaimed "the discovery of the evening" (Financial Times). The new production, starring Joyce DiDonato, was directed by Pierre Strosser and conducted by Kenneth Montgomery. She reprised this role in January 2008 at the Bayerische Staatsoper in Munich.

She returned to Pesaro in 2008 as Rosalia in Rossini's L'Equivoco Stravagante, and also performed in concert with mezzo-soprano Joyce Didonato in duets from Bellini's I Capuleti e i Montecchi. Also in the 2007/2008 season, Ms. Forsythe made débuts with The Calgary Philharmonic (Golijov's Ainadamar), L'Orquesta Sinfonica Nacional de Mexico (Mahler 2), and Gran Teatro La Fenice (Rossini arias).

Ms. Forsythe can be heard as Minerve and La Grande Pretresse on The Boston Early Music Festival's premiere recording of Lully's Thésée, a "Best Opera Recording" nominee for the 2008 Grammy Awards. She made her onstage début with the company as Aglaure in their June 2007 production of Lully's Psyché, and is featured on the premiere recording of that work. As part of the festival, she also sang the Pergolesi Marian Vespers and the role of Pallas in Eccles' The Judgement of Paris.

Ms. Forsythe recently débuted with Opera Boston as The Angel in the North American premiere of Peter Eötvös's opera, Angels in America, a performance that the critics hailed as "gorgeous" (Musical America), "heavenly" (The Boston Herald), "radiant" (The Financial Times), "brilliant" (Opera News) and "powerfully sung" (The New York Times).

Ms. Forsythe created the role of Young Margarita/Nuria in Osvaldo Golijov's Ainadamar, and was praised for her "raw passion" (The Los Angeles Times), "sparkling clarity" (The Financial Times), and "crystalline, finely expressive voice" (The New Yorker). She later reprised that role with The Los Angeles Philharmonic at Walt Disney Hall.

In witnessing its American premiere Eötvös's Angels sometimes seemed more like an experimental music-theatre piece than an opera.