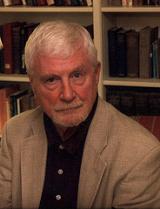 Tom Oakes grew up in the United Kingdom, where he studied engineering at Manchester University. The theater was always a powerful magnet, and he found many outlets to exercise his love for acting. Although often cast in what he describes as "brutish or British" roles—including three separate portrayals of George Bernard Shaw—Mr. Oakes has appeared in a broad array of comedic, dramatic, and musical productions, from Shakespeare to Gilbert and Sullivan operetti, and everything in between.

Mr. Oakes's performances have been hailed as "searing…stunning, crackling across the set like a jolt of electricity" (Providence Journal) and "with restrained power and conviction…masterful" (Providence Phoenix). Among his favorite roles he counts Ephraim Cabot in Desire Under the Elms (Eugene O’Neill), Giles Corey in The Crucible (Arthur Miller), Norman in The Dresser (Ronald Harwood), Polonius in Hamlet (William Shakespeare), Jabe Torrance in Orpheus Descending (Tennessee Williams), and Morten Kiil in Enemy of the People (Henrik Ibsen). For several years, Mr. Oakes has performed the patriarch in annual readings of No Way Out (Susan Prinz Shear), a play based on the correspondence of a German-Jewish family before, during, and after the Holocaust.

Mr. Oakes has appeared in over 50 productions in the UK and the United States, at such venues and companies as the Scranton (Pennsylvania) Cultural Center; Gorilla Theatre in Tampa, Florida; and in Rhode Island, where he now resides, at 2nd Story, The Gamm, NewGate, Perishable, and Firehouse Theatres.