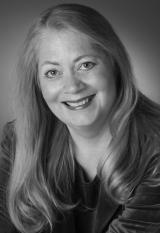 Whether she is seeing into the future as Ulrica, cackling her way into the hearts of Hansel and Gretel, or reliving the death of her mother at the stake as Azucena, Sondra Kelly is known for her sumptuous dramatic mezzo and passionately strong characterizations. Ms. Kelly’s professional career began at the Metropolitan Opera, where she appeared in more than 250 performances of 23 different roles, ranging from Wagner to Mozart. She has worked with many notable conductors and directors such as James Levine, Carlos Kleiber, James Conlon, Otto Schneck, Franco Zeffirelli, and Giancarlo del Monaco, to name a few. In 1993, she made her much anticipated European debut as Ulrica in a new production of Un Ballo in Maschera at the Deutsche Oper Berlin directed by Götz Friedrich. Many debuts followed in Austria, Switzerland, Japan, China, and Vietnam, as well as the United States. Her recordings can be found on labels including Sony Classical, Deutsche Grammophon, and Koch Schwann, and her videos and DVDs on the “Live from the Met” series.