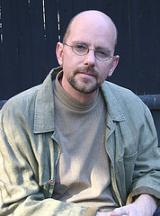 Michael McLaughlin, born in the greater Chicago area in 1964, currently resides in Boston, where he straddles the worlds of performance, composition and education. He is the pianist/accordionist and composer/arranger for the Klezmer band Shirim and "radical Jewish music" group Naftule's Dream. With these bands, McLaughlin has performed on many stages in the US and Europe from the Berlin and New York/Texaco Jazz Festivals to The Academy of Music in Philadelphia with Peter Nero and the Philly Pops. Their music is found on Tzadik Records, Innova, Knitting Factory Records, Rykco, Newport Classics and Ellipsis. They are currently working in collaboration with children's author Maurice Sendak on a Klezmer version of Prokofiev's Peter and the Wolf.

McLaughlin has worked on two public radio specials produced at WGBH with Ellen Kushner host of Sound and Spirit; the first, The Golden Dreydle: A Klezmer Nutcracker, as a member of Shirim; the second, Esther: The Feast of Masks, as music director arranger, composer and multi-instrumentalist.

McLaughlin's compositional output spans many genres. Jazz, popular, various styles of world folk music and modern concert music all inform McLaughlin's music and the use of improvisation and aleatoric processes are quite frequently a part of his music. Not afraid to stem from the serial to the neo-romantic/classical styles, McLaughlin still manages to retain a voice that is his own. He has won two awards from the American Composers Forum Boston, as well as an award from the St. Botolph Club and received a 2001 Mass Cultural Council Fellowship Award in Composition. His works have been performed by Trio Capriccio, The Chameleon Arts Ensemble, The Niagara Symphony, The Newton Symphony and the Boston Chamber Ensemble. He is currently working on an orchestral piece entitled Murder, inspired by the works of Alfred Hitchcock and Bernard Herrmann and a Tuba Klezmer Concerto for tubist John Manning.

McLaughlin is currently on track for a Doctorate of Musical Arts in Composition at New England Conservatory where he studies with Lee Hyla. He received a Masters Degree in Composition at Tufts University in 1999 where he was a student of John McDonald. His Bachelor of Music is from Berklee College of Music. He currently teaches a Klezmer performance class at Tufts University and lectures at Bristol Community College.