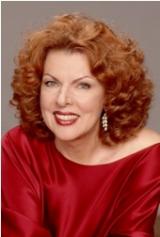 Joyce Castle, mezzo-soprano, returns to Boston after twenty-five years at Lincoln Center as a principal artist at both the Metropolitan Opera and the New York City Opera, and countless engagements in opera houses worldwide, for Madame Sosostris in Tippett’s The Midsummer Marriage. She previously performed Widow Begbick in Aufstieg und Fall der Stadt Mahagonny in performances also conducted by Gil Rose. Massachusetts audiences have enjoyed her appearances as Mrs. Grose in Boston Lyric Opera’s production of Britten’s The Turn of the Screw, as the Mother in Menotti’s The Consul recorded for Newport Classics during a Berkshire Opera engagement, and her many concert performances at Tanglewood, including Bernstein’s Songfest.

Miss Castle’s portrayal of leading roles in contemporary opera has brought her singular success. She has been honored to participate in the world premieres of Michael Torke and A.R. Gurney’s Central Park at Glimmerglass Opera (televised nationwide on WNET and recorded for release by Ecstatic Records), and Dominick Argento’s Dream of Valentino at the Washington National Opera. American premieres include: A Night at the Chinese Opera by Weir, The Black Mask by Penderecki, and The King Goes Forth to France by Sallinen (all at the Santa Fe Opera), The Handmaid’s Tale, by Ruder (Minnesota Opera), Comedy On The Bridge by Martinů (Chicago Opera Theater) and the American stage premiere of Britten’s Gloriana in which she portrayed Queen Elizabeth I (Central City Opera). The first New York production of Von Einem’s The Visit of the Old Lady was mounted for her at the New York City Opera and she also gave the New York premiere of Hugo Weisgall's Esther with the company.

Joyce Castle has participated in the development of many music-theater projects including Martha Clarke’s Belle Epoque for Lincoln Center Theater. She is featured as the Old Lady on the Grammy Award-winning disc of the New York City Opera production of Candide and performed Mrs. Lovett in Hal Prince's critically acclaimed production of Sweeney Todd in both Houston and New York. She returns to Houston Grand Opera as Madame Armfeldt in Sondheim’s A Little Night Music next season.

Miss Castle is a champion of the music of Jake Heggie. In addition to the leading role in his Three Decembers which she performed in Central City, she performed the role of Mrs. Bertram in his opera The End of the Affair at Seattle Opera and at the Lyric Opera of Kansas City (recorded for commercial release). Heggie’s vocal chamber work, Statuesque, was written for Joyce Castle and is available on the Americus label. Pulitzer Prize-winning composer William Bolcom wrote The Hawthorne Tree for Miss Castle. The vocal chamber work, which was premiered in New York and Washington DC in 2010, will be recorded this season.

In addition to the recordings mentioned previously, her portrayal of Madame Flora in The Medium is available on Cedille Records.

While continuing to pursue her professional career, Joyce Castle is Professor of Voice at the University of Kansas.