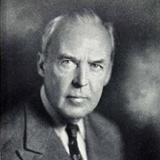 John Alden Carpenter, (born February 28, 1876, Park Ridge, Illinois, U.S.—died April 26, 1951, Chicago), American composer who was prominent in the 1920s and was one of the earliest to use jazz rhythms in orchestral music.

Carpenter studied at Harvard University under the conservative German-influenced composer John Knowles Paine but then joined his father’s shipping-supply firm, of which he was vice president (1909–36). In 1906 he studied music with Sir Edward Elgar. After 1936 he concentrated solely on composition.

Although he was a basically conservative composer influenced by early 20th-century French music, Carpenter incorporated jazz rhythms into his Concertino for Piano and Orchestra (1917) and into his ballets Krazy Kat: A Jazz Pantomime (1922) and Skyscrapers (1926). The last was later made into a symphonic piece, and Krazy Kat was based on the George Herriman comic strip of the same name. Carpenter’s humorous orchestral suite Adventures in a Perambulator (1914) also won considerable popularity.