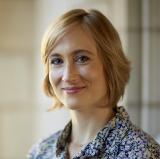 Lash has received numerous honors and prizes, including the ASCAP Morton Gould Young Composer Award, a Charles Ives Scholarship from the American Academy of Arts and Letters, a Fromm Foundation Commission, a fellowship from Yaddo Artist Colony, the Naumburg Prize in Composition, the Barnard Rogers Prize in Composition, the Bernard and Rose Sernoffsky Prize in Composition, and numerous academic awards. Her orchestral work Furthermore was selected by the American Composers Orchestra for the 2010 Underwood New Music Readings. Her chamber opera, Blood Rose, was presented by New York City Opera’s VOX in the spring of 2011.

In addition to performances of her music in the USA, Lash’s music is well known internationally. In April of 2008, her string quartet Four Still was performed in Kyev in the Ukraine’s largest international new music festival, “Musical Premieres of the Season,” curated by Carson Cooman. In the summer of 2010, her piece Unclose was premiered by members of Eighth Blackbird at the MusicX festival in Blonay, Switzerland.

Recent premieres include Three Shades Without Angles, for flute, viola and harp, by the Boston Symphony Chamber Players, Pulse-space, for string quartet, by the Flux Quartet, as well as several new orchestral works: Eating Flowers, for the Cabrillo Festival of Contemporary Music, Nymphs, for the Alabama Symphony Orchestra, and This Ease, for the Los Angeles Chamber Orchestra. In October 2015, the American Composers Orchestra premiered Lash’s Concerto for Harp and Chamber Orchestra, conducted by George Manahan and with Lash as soloist. Other recent premieres include God Music Bug Music in January 2011 with the Minnesota Orchestra, the monodrama Stoned Prince by New York based ensemble Load Bang in April 2013, Subtilior Lamento with the Da Capo Chamber Players at Carnegie Hall in 2012, and Glockenliebe, for three glockenspiels, with Talujon Percussion in December 2012. Her 2011 orchestral work, Hush, was featured on the Los Angeles Philharmonic’s Brooklyn Festival in April of 2013. Upcoming premieres include a new chamber opera, Beowulf, commissioned by Guerilla Opera, and a new work for Loadbang, commissioned by Columbia University’s Miller Theatre.