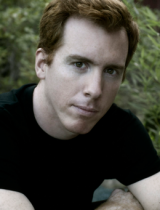 Pianist Eric Huebner has drawn worldwide acclaim for his performances of new and traditional music since making his debut with the Los Angeles Philharmonic at age 17. In January 2012, he was appointed pianist of the New York Philharmonic and currently holds the Anna-Maria and Stephen Kellen Piano Chair. He has been featured in orchestral works by Lindberg, Stravinsky, Ives, Milhaud, Carter and R. Strauss among others and regularly appears in chamber music performances with musicians from the Philharmonic at New York City's Merkin Hall and elsewhere. In March 2016, he was featured in recital as part of the New York Philharmonic's "Messiaen Week" - a series of concerts featuring the work of the late French composer. Huebner has collaborated with the conductor David Robertson in performances of György Ligeti’s Piano Concerto, Olivier Messiaen’s Oiseaux Exotiques and on the American premiere with percussionist Colin Currie of Elliott Carter's Two Controversies and a Conversation for piano, percussion and chamber ensemble. Recent solo recitals have featured the piano études of the late Hungarian composer György Ligeti and include appearances on the St. Louis Symphony's Pulitzer Arts Foundation Gallery series, at Bowling Green State University and the University of Michigan. From 2001 through 2012, Huebner was a member of Antares, a quartet comprised of clarinet, violin, cello and piano. First prize winners of the 2002 Concert Artists Guild International Competition, Antares appeared regularly in major chamber music venues throughout the United States and worked closely with many composers on the commissioning of new works for its combination.

A passionate interpreter of the music of our time, Huebner has premiered countless new works, including a recent set of piano études by Pulitzer Prize winning composer Roger Reynolds. Huebner has been involved with the New York Philharmonic's CONTACT! series since its inception and is a member of the orchestra's Contemporary Music Ensemble Committee. A regular visitor to the west coast, Huebner has twice been a featured recitalist at the Ojai Festival in California, has performed on the Monday Evening series in Los Angeles, the Carlsbad Music Festival, and at the Los Angeles County Museum of Art and made recital appearances at Zipper Hall, Villa Aurora and the Italian Consulate. In New York City, he has appeared as soloist and chamber musician in Carnegie’s Zankel and Weill Recital Hall, Miller Theatre, Merkin Hall, (le) Poisson Rouge, Roulette and Subculture. Additionally, he has appeared with numerous NYC-based contemporary music ensembles, including the International Contemporary Ensemble, Talea, New York New Music Ensemble, American Contemporary Music Ensemble, Manhattan Sinfonietta, So Percussion and the American Modern Ensemble.

A devoted teacher as well as performer, Mr. Huebner is an Associate Professor of Music at the University at Buffalo (SUNY) where he maintains a studio of graduate and undergraduate piano majors and minors and teaches courses in 20th century piano music and piano literature. For several summers he was in residence at the Walden School, a program for young musicians that takes place each summer in Dublin, New Hampshire. Since the fall of 2014, he has been a member of the adjunct faculty of The Juilliard School where he teaches a course in orchestral keyboard performance.

Mr. Huebner’s performances have been broadcast on PBS and NPR, and on radio stations KMOZ (Los Angeles), WNYC (New York), Radio Bremen (Germany), ORF (Austria) and the BBC. He has recorded for Col Legno, Centaur, Bridge, Albany, Tzadik, Innova, New Focus Recordings and Mode Records. A recent solo release on New Focus Recordings features Huebner in works by Schumann, Carter and Stravinsky. Mr. Huebner holds a B.M. and M.M. from The Juilliard School where he studied with Jerome Lowenthal. He lives in Buffalo and New York City and is married to composer Caroline Mallonée.