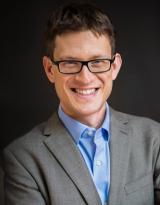 Bálint Karosi is an award-winning concert organist, composer and advocate of the art of keyboard improvisation in historic styles. He has appeared as a soloist at the Gewandhaus in Leipzig, the Béla Bartók National Concert Hall in Budapest, the Rudolforium in Prague, the Liszt Academy in Budapest, the Victoria Hall in Geneva and the Essen Philarmonie, and has been a soloist at the Baldwin Wallace Bach Festival, the International Bach Festival in Leipzig, the Boston Early Music Festival and the Magadino Organ Festival in Switzerland. He has performed in historic venues such as the Thomaskirche in Leipzig, the Marienkirche in Lübeck, the Cathedrals in Speyer, Geneva, Freiberg, St. Albans and at Christ Church in Dublin. He has released three CDs on the Hungaroton, Dorian and Dulcian labels.

Bálint Karosi’s compositions include chamber music, cantatas, art songs, works for the organ, and sacred and orchestral music. He was commissioned recently by the Boston Modern Orchestra Project to write Existentia in memoriam Sándor Weöres, for symphony orchestra, to be premiered in January 2015. His Triple Concerto for Harp, Guitar and Cimbalom is scheduled for a performance in April 2015 in Budapest by Musicians Libres. The Hungarian State Opera has commissioned an overture for orchestra to be premiered in 2016. His Concerto for Organ and Symphony Orchestra, commissioned by the National Concert Hall in Budapest, was premiered in 2007 by the Miskolc Symphony Orchestra with the composer as soloist. The performance was subsequently broadcast on NPR’s Pipedreams. His Orpheus’ Harp, a solo cantata for tenor, harp, organ, violin and percussion, based on a poem by Czeszław Miłosz, was premiered at the National Concert Hall in Budapest in 2010 by the acclaimed Hungarian tenor Szabolcs Brickner and violinist Kristóf Baráti, with László Fassang as organist.

In 2013-2014 Mr. Karosi collaborated with poet Kai Hoffmann-Krull in two cantatas for choir, orchestra and soloists: Lines of a Page, commissioned by the Norfolk Chamber Music Festival, and Words of Beginning, written for the 175th anniversary of the First Lutheran Church of Boston. He is currently collaborating with the acclaimed stage director and librettist András Almási-Tóth to write an opera based on a Hungarian folk tale. His song cycle Poems of the Night and his Dancescapes for symphony orchestra earned him the Charles Ives Scholarship from the American Academy of Arts and Letters. He is also the recipient of the Hungarian Junior Prima Prize.

A devoted teacher of organ, improvisation, and music theory, Mr. Karosi has taught at Boston University and UMass Boston, the Oberlin Conservatory, and the Yale Department of Music. He has been an advocate of the art of keyboard improvisation since he started playing the organ at age seventeen. His doctoral thesis Rhetoric and Schemata: Improvising the Chorale Prelude in the 18th-century Lutheran Tradition investigates the pedagogical, cultural and methodological role of the Lutheran Chorales in teaching improvisation in the eighteenth century. (A lecture version of this thesis is available on youtube: https://www.youtube.com/watch?v=eLqqI2U3dJI)

[Concert Review] From BMOP, new music with a Hungarian accent

It was a night that showed BMOP’s importance not only in presenting new work but also in advocating for contemporary classics like this one, which deserves to be heard much more widely.